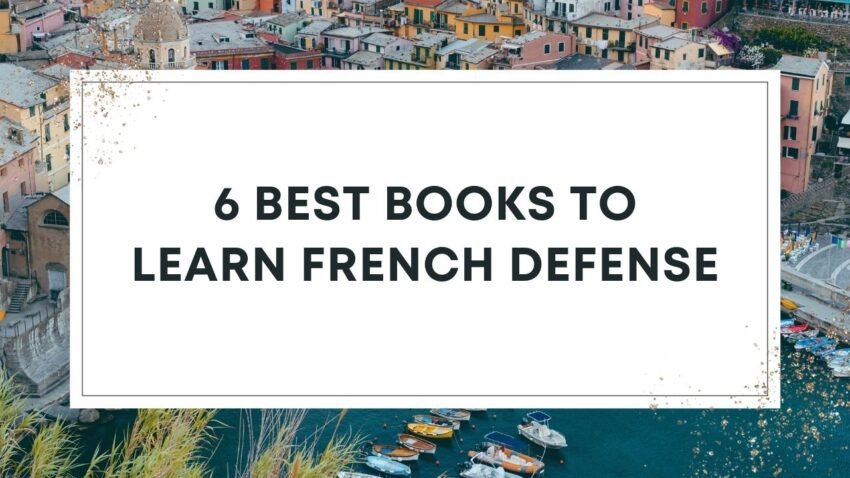 French Defense is 3rd most popular choice against 1.e4. It is a semi-closed chess opening where both players try to maintain pressure in the center. White has slight initiative from opening itself but if black prepared well then it’s not easy to convert the advantage. In French Defense, black mostly tries to develop pieces on queenside and white try to attack kingside. In this article, we will see the 7 best chess books from which you can learn French defense.

French is a very popular opening amongst elite grandmasters. Here are a few top players who frequently played French defense. 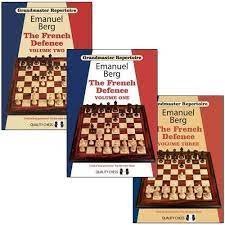 Grandmaster Repertoire is 3 part series written by GM Emanuel Berg. In this series, Emanuel explains his ambitious recommendations against every variation. This 3 part series will definitely help you to understand every part of the French defense. Purchase this book only if you want to prepare a French defense in deep. As this book is a little outdated, you have to check some variations with engines and change a few variations. Author Emanuel Berg himself playing French defense for the last 2 decades.

About Publication – Quality chess is UK based chess publication house. They have published more than 200 titles. The most famous 6 book series of quality chess is Grandmaster Preparation which is written by Jacob Aagaard. 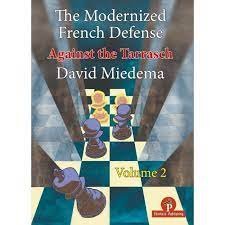 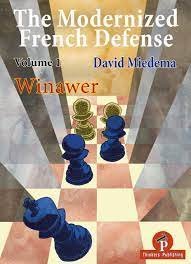 The Modernized French defense has consisted of two-part. In the first part, the author covered winawer variation and in the second part, we see Tarrasch Variation. The third part will be available in the next few months (maybe early 2022). In the first part, the author analyzed Winawer Variation in detail. The author also covered almost all possible variations. The price of each of these books is $25.

About the author –  This book is written by International master Miedema David. David is a famous chess coach from the Netherlands and he also has a grandmaster norm. He is considered the leading expert of French Opening

About Publication – Thinkers publications was formed by GM Romain Edouard and Daniël Vanheirzeele. The main focus is to publish high-quality chess books with a team of experts and experienced chess players from all over the world.

Beat the French Defense with 3.Nc3: A Complete Repertoire for White

The book is written by none other than famous Indian Grandmaster Pentala Harikrishna. This book will definitely help you to prepare against the French defense. Grandmaster Harikrishna explained every variation in detail. Against Winawer Variation, he has suggested a very interesting 4. exd5 variation.

About Author – Grandmaster Pentala Harikrishna is an established and active player with more than 25 years of playing experience. He entered the 2700 club many years ago and his peak rating was 2770. For the past few years, he settled in the Czech Republic with his wife. He is representing India in the World Olympiad for the last 20 years. His major tournament victories are as follows

Link to purchase this book

The French Defence Move by Move 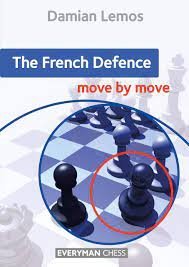 Move by Move is a very famous opening series published by Everyman Chess. In this book, the Author explained how to play French defense. This book is best for beginners and intermediate players who want to learn French defense basics. In this book GM Damian Lemos guides the reader through the complexities of this dynamic opening and explores all the important variations.

About Author – Damian Lemos is a very famous grandmaster from Argentina. He got the International Master title at an early age. He created lots of courses for ichess.net which is now owned by the Play Magnus group.

Aggressive Repertoire against the French Defence by GM Ruslan Ponomariov 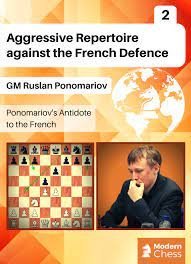 This book is not a hardcover book, this is an e-book published by the Modern Chess website. Once you purchase, you will get PGN to file for download.

In this e-book, author Ruslan Ponomariov explained how to play ambitiously against the French defense. The former World Champion GM Ruslan Ponomariov is playing this line almost exclusively and has tremendous experience with it. Ruslan talked about this database and said, “This is my first work for Modern Chess. I choose the French Defence as a topic and my idea was to provide a practical repertoire. This is not an opening book with 300+ pages where you could find each possible move which happens only 1 time in your career. Instead, I tried to explain the most important variations, ideas, move orders as well as all the strategic and tactical nuances. I did my best to present the material in a nice and simple way without hiding anything as I would play myself”

In the first part, the author covered all variations which come from Rubinstein variation and Classical Variation. In the second part, he covered sidelines and Winawer Variation.

About Author – GM Ruslan Ponomariov was born in Ukraine in 1983. He become FIDE World Champion at a very early age when he was just 19 years old. He was world champion from 2002 to 2004 when his title was clinched by GM Rustam Kasimdzhanov.

This is also an e-book written by Spanish GM Angel Arribas and GM Pepe Cuenca. 3. Bd3 against the French is becoming popular in recent days. In this opening whites, the main plan is to keep that bishop on an open h1-a8 diagonal. This e-book is very short and can be prepared in just 3-4 hours. I will highly recommend you to check this e-book if you want to avoid all the main lines. If you want to see a video course on the same opening then you can check chess mood website where grandmaster Avetik Grigoryan explained the same opening in detail.

About chess24 – Chess24 is one of the most famous chess websites after chess.com. Chess24 provides high-quality video series. Chess24 was acquired by the Play Magnus group in 2019. I have already written articles related to chess24. You can read from here.

These are the 6 best books to study French defense. In the next part, we will publish the best players and courses to study. Stay tuned for that. Thank you for reading!