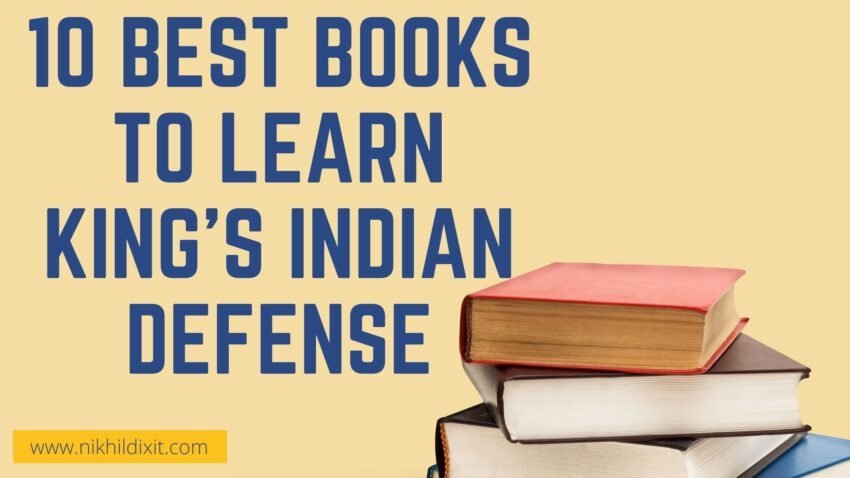 King’s Indian Defense is the very sharp and aggressive choice against 1.d4. Many players play king’s Indian defense to win an important game. In many cases, it looks like white is better but in reality, black gets a very fine and good position. You can choose to play King’s Indian defense if you love to play aggressively. If you are a Grunfeld player, then it is always better to prepare kings Indian Defense as your 2nd repertoire.

How to prepare King’s Indian Defense?

This is a very common question asked by many beginner chess players. I would say first you should pick only one book. If you are a beginner then start with starting out or move by move series. Then you should read the complete theory, save it on your computer. After that go through all chess.com lessons and videos. Lastly, play a lot of games on King’s Indian Defense and analyze your mistakes with yourself, the coach, or with the engine. You can follow this method to prepare any opening.

This book doesn’t involve theory. It’s a complete practical book. If you are looking for a theory-based book then see the next suggestions.

Kotronias on the King’s Indian

This is the series of 5 books by grandmaster Vassilios Kotronias published by quality chess. In these, five books the author explained every variation in detailed analysis. As well as providing detailed analysis, the author also shares his considerable knowledge of typical middlegame themes, both positional and tactical. To improve middlegame understanding, Kotronais also included some middlegame positions to solve. Following are 5 parts of this series.

Opening Simulator is also a very high-quality chess book by Quality chess. It is written by authors Esben Lund and Andreas Skytte Hagen. In this book, the author has given more than 500 Kings Indian defense puzzles. They have also explained basic theory at beginning of the book. The opening simulator is very recommended for players who played kings Indian Defense atleast for 1 year.

Victor Bologan is a very famous player who played the king’s Indian defense for many years. In this book, Victor wrote his lifetime knowledge about the King’s Indian Defense.  He has also included several offbeat sidelines that will enable you to surprise your opponent. With this book and using some modern lines, you can become a king’s Indian opening expert. As this book is a little old and a new theory is evolved. I would suggest after purchasing and studying this book, you can add your own ideas to get complete knowledge.

The King’s Indian According to Tigran Petrosian

Tigran was the 9th world chess champion. In this book, International Master Igor Yanvarjov explained more than 300 games with detailed annotations. Petrosian was the inventor of the very famous opening Petrosian Variation in Kings Indian Defense. I would highly recommend this book to improve your overall understanding of King’s Indian Defense.

“The author has been a lifelong devotee of the KID, so there are few players better qualified to unravel the mysteries of this ever-popular defensive system.” – Alan Sutton, En Passant. Mikhail Golubov, author of this book is a very famous grandmaster from Ukraine. He devoted his few important years to writing this book. This book is still one of the best books to learn King’s Indian Defense. An understanding chess opening is a series of 7 chess books which can be found here.

This book is divided into 2 parts. Volume 1 deals with the Main Line (Classical) and Sämisch variations and volume 2 deals with the Four Pawns Attack, the Fianchetto Variation, the Averbakh Variation. David is a very strong chess player from the United States of America. David explained classical as well as the modern approach in his book. I would recommend this book to 1400-2000 players

Grandmaster Joe Gallagher explained basic structures and openings in this book. This book is highly recommended who are looking forward to playing Kings Indian Defense. This book is recommended for absolute beginner players. Starting out series is very famous published by Everyman Chess. You can check out other books in this series from here.

Grandmaster Repertoire 2A by Boris Avrukh

King’s Indian & Grunfeld by Boris Avrukh – This is the first and only book in this article recommended for white. GM Boris Avrukh is a very famous player, author, and coach from Russia. In this book, he explained how to tackle the king’s Indian and Grunfeld defense. If you play 1.d4 and are always confused about what to play against it then I would highly recommend it. This book is targeted at rated players and above.