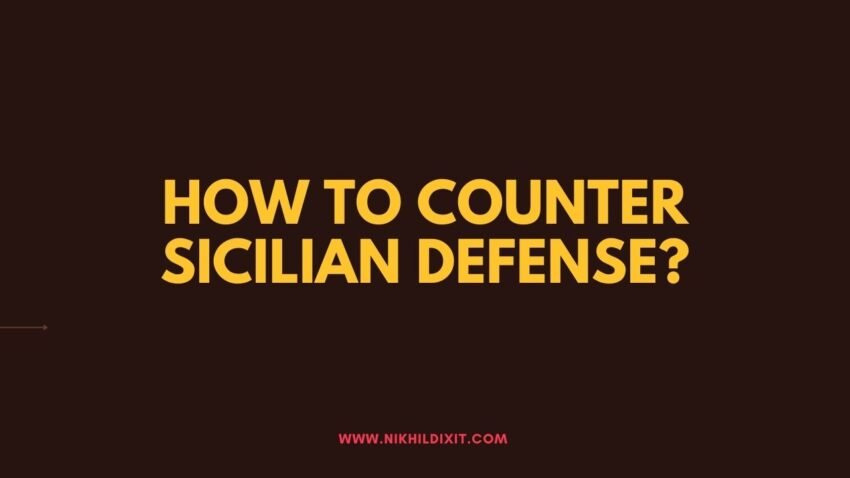 The Sicilian Defense is a chess opening that begins with the moves 1.e4 c5. The Sicilian is the most popular choice of aggressive players with black pieces. Often White will try to build a strong pawn center with moves like d4 and c4. Black’s response of c5 attacks the pawn center and hopes to gain space on the queenside. Black also usually develops the knight to f6, intending to later play …e5, which will help to support the c5-pawn and also open up the bishop on c8. In this article, we will see how to counter Sicilian Defense by choosing accurate variations.

How to counter Sicilian defense?

Countering Sicilian Defense is not an easy task. The player requires a lot of chess knowledge, chess practice, and playing experience. There are certain ways to counter Sicilian Defense as a beginner. The best way is to play sidelines and avoid main lines. Although this is not suitable for the long term. Also if black plays accurately then white don’t get anything.

To counter Sicilian Defense, the best way is to play 3.Bb5+ move against every variation in Sicilian. This variation is called Moscow and Rossilimo Variation. You can also start preparing the mainline as it will give you some good knowledge. To prepare mainline, the great way is to hire a chess coach. You can prepare it by yourself but again, it will take a lot of time and need a lot of effort.

This opening starts with 1.e4 c5 2.Nf3 d6 3.d4 cxd4 4.Nxd4 Nf6 5.Nc3 a6. When black plays 6th move a6, it is called Najdorf Variation. The main plan of black is to play e5 and get control over the center. Currently, Najdorf is the most popular variation in chess and is played by almost every top chess player. To counter against Najdorf Variation, the best way is to play a 7.Bg5 move. This variation is very interesting and also gets a very much comfortable position for the white player.

This opening starts with 1.e4 c5 2.Nf3 d6 3.d4 cxd4 4.Nxd4 Nf6 5.Nc3 g6. Dragon variation is very famous. Usually attacking players choose this opening. If white knows the theory well then white gets a comfortable position. The main options for white are Levonfish Attack and Classical Variation. White also has 2 main plans. The first is to do a short castle and play in the center or to do a long castle and start an attack on the kingside. The first option is very safe and secure.

This opening starts with 1.e4 c5 2.Nf3 Nc6 3.d4 cxd4 4.Nxd4 Nf6 5.Nc3 6.e5. In this variation, black’s main plan is to attack from kingside in some variations. White also gets complete control of important d5 square. Magnus Carlsen started playing it in 2017 and then it become popular again. There are certain ways to counter this opening for white. The best way is to play Rossilimo Variation against 2….Nc6.

This opening starts with 1.e4 c5 2.Nf3 d6 3.d4 cxd4 4.Nxd4 Nf6 5.Nc3 Nc6. This variation is very tricky as black can transpose it to Scheveningen also. The best choice for white is to play Bg5 move and go with mainline. Classical variation was famous in the 1980s. Recently it concluded that white get’s decent position and hence top players avoid playing it.

This opening starts with 1.e4 c5 2.Nf3 d6 3.d4 cxd4 4.Nxd4 Nf6 5.Nc3 e6. Scheveningen Variation is a hybrid variation of Classical and Najdorf Variation. In this variation, Black tries to keep all pieces in the center and then starts an attack. Also, black gets a very fine position in middlegame. This variation is also not popular because of the Keres Attack. In Keres Attack, white plays 6.g4. To counter Scheveningen Variation, the best way is to prepare Keres attack from the white side.

In Moscow variation, white starts with 1.e4 c5 2.Nf3 d6 3.Bb5+. Currently, this variation is very much popular against Sicilian Defense. White’s main plan is to exchange both light-squared bishops with it and then play simple chess. This opening is very simple and easy to play from the white side. Black has to be accurate to play against this. There is a lot of study material available on this variation which includes the following.

Rossilimo variation is played against 2….Nc6. White replies with Bb5 and gets a very comfortable position. White’s main plan is again to exchange white square bishop and play actively. Rossilimo variation is also very comfortable and easy to play from the white side. Atleast in both these variations (Moscow and Rossilimo), you will not lose quickly. Many top players also choose this variation as their main weapon. Following are some of the study materials which you can use.

Alapin Variation starts with 1.e4 c5 2.c3. In the Alapin variation, white tries to keep pressure in the center. Alapin is a perfect opening choice for attacking players. There is a very important IQP structure that you need to study before playing Alapin. Black also gets a very comfortable position if he/she knows theory well. Still, white has a great chance to confuse the opponent by playing some sideline. Following are a few books and courses recommended.

In this opening, white chooses to play the closed position by opening the white soiree bishop on the h1-a8 diagonal. Closed Sicilian can be your weapon against Sicilian Defense. Although positions arriving from this are very interesting. If black plays well then all positions are just equal. To prepare the Closed Sicilian, I would suggest you few books and courses.

2- The Closed Sicilian: Move by Move

Main lines are by far the best choice to play against Sicilian Defense. Although it is very hard to prepare any mainline in just 3-4 months. Many top players are also now moving to side variations mentioned above to avoid theory. I would highly recommend skipping the mainline and preparing sidelines. If you still want to go with mainline then the following courses can help you to prepare.

How to prepare against Sicilian Defense?

Preparing against Sicilian defense is not easy. With the help of the following steps, your work will become easy.

2- Buy a good book or hire a coach – After choosing an opening, purchase a good book or course in it and start reading/watching it. I would highly recommend you hire a coach. He always has a ready repertoire that will help you save time.

3- Play a lot of games – After finishing the book/course, go and play atleast 50-70 games online or with your friends. At the start, you will lose many of them.

4- Analyze and update repertoire – After playing games, analyze each game and add them to your database. Learn your mistakes and update your opening repertoire.

What is the best response to the Sicilian Defense?

The best response against Sicilian is Alapin Variation. It is very easy to play and easy to prepare. Also, Sicilian players don’t focus on preparing against Alapin Variation. Alapin can be your main repertoire. I would highly recommend you keep the second option ready with you.

What is c5 in chess?

C5 is a square in chess which is very important. Multiple openings start from c5 square. One such opening is called the Sicilian Defense.

Is the Sicilian Defense good for beginners?

Sicilian defense is a good opening for beginners. Although you need to spend a few months just preparing it. As a beginner, I would recommend starting with Caro-Kann or French Defense.

Why is the Sicilian Defense hard?

Sicilian Defense is hard because it involves many variations and openings. It is one of the hardest variations in chess to prepare and play. 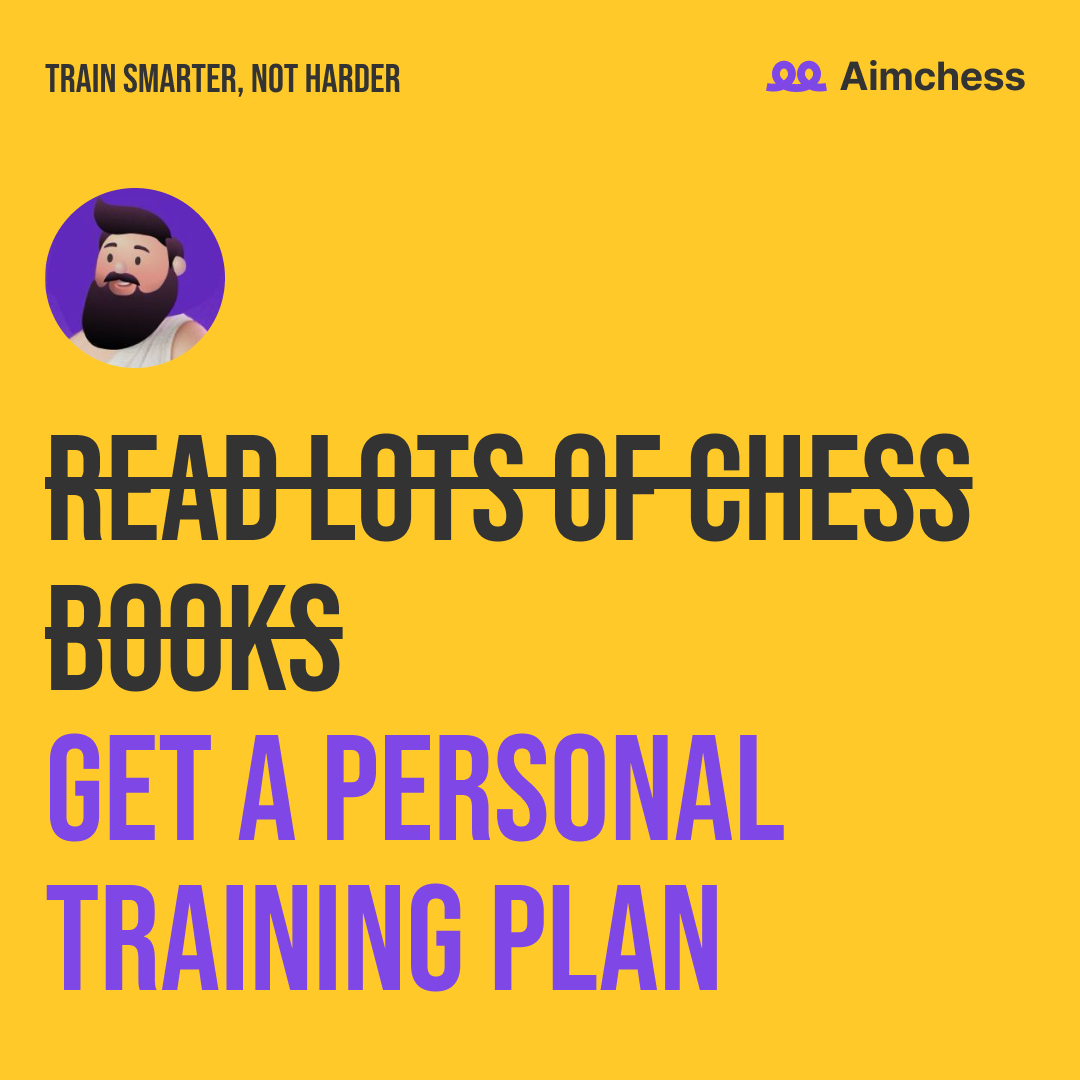